Ebay is a source for a variety of items, and this time I was lucky enough to get a Stratocaster pick guard personalized by PETER himself. There´s a little Beauty and an Umbrella man in black marker. 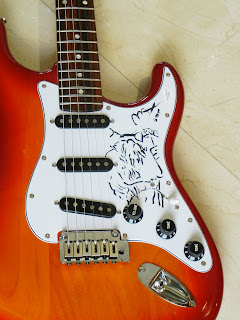 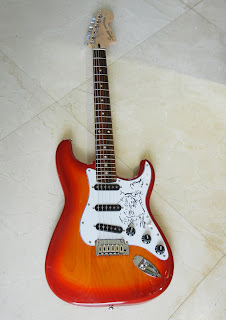 I even customized it a bit more by adding black tone and volume knobs and black Microphone protectors. Very uncommon in a Strat. 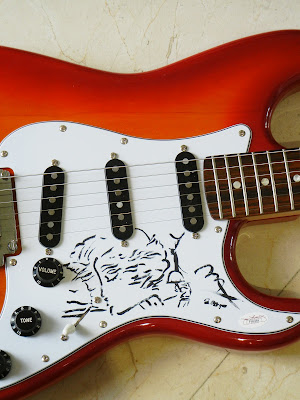 Posted by The Max collector at 5:00 PM No comments: 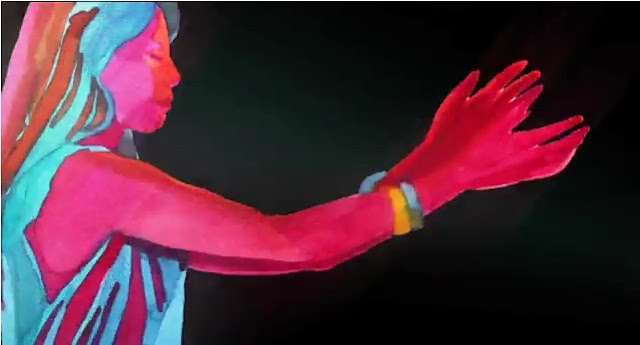 Ed Banger Records is happy to announce the release of BREAKBOT feat Irfane "Baby I'm Yours" video!
It was (directed) handmade by IRINA DAKEVA @ WIZZ
It is composed of approx 2000 images watercolor painted one after another (we say Aquarelle in french, way more sexy).
http://www.youtube.com/watch?v=6okxuiiHx2w&feature=artist&playnext=1&list=ML4oVf-d_DwKBppSlnMUehNWaBW2Rk8LMy
Posted by The Max collector at 12:46 AM No comments:

IMPRESSION OF A LANDSCAPE

New arrival: IMPRESSION OF A LANDSCAPE 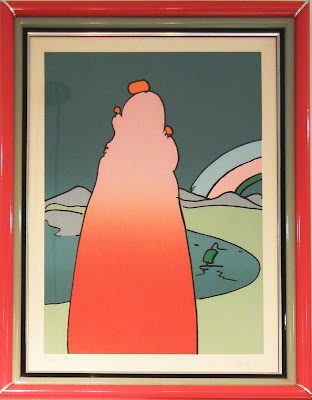 The piece was authenticated  in 10/29/1989 by Cornell Gabos at the Renaissance Fine Arts in Ohio. Although I trust more my expertise on validating the handwriting and Peter's signature. 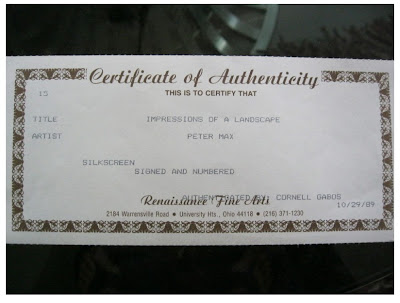 THANKS CAROL.
Posted by The Max collector at 10:17 PM No comments:

PROFILE OF A LADY

This gorgeous Lithograph Size 22 x 30 ins, the preferred size of professional serigraph papers. One of my personal best. 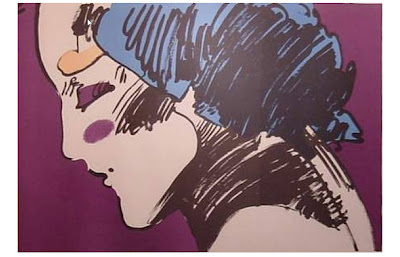 From the same series of the ZERO man, the ZERO GEO, and others, comes this great lithograph of Peter MAX. Dated 1980, and series identification H/C. The ZERO's FRIEND is 27 x 21 ins, image only. 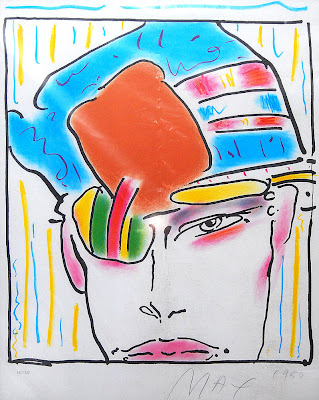 Posted by The Max collector at 7:00 PM No comments: 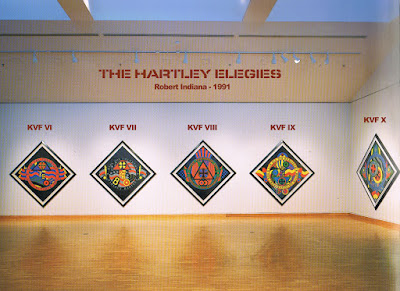 Pop art icon Robert Indiana’s series of imposing serigraphs in homage to Modernist master Marsden Hartley (1877-1943) are at once commemorative and reflexive, intertwining the influences, identities, and attachments of two quintessential American painters. (Margery Gordon)
When Indiana embarked on the Hartley Elegies in 1989, he took as his starting point the “German Officer” series Hartley painted 75 years earlier at the outset of World War I during a Berlin-based period (see images below) , now viewed as a highpoint of his career (although American audiences at the time were not receptive to his subject matter). Hartley’s style was then influenced by German Expressionists like Vassily Kandinsky, and the Cubist compositions he had encountered at Gertrude Stein’s salons during a prior stay in Paris. 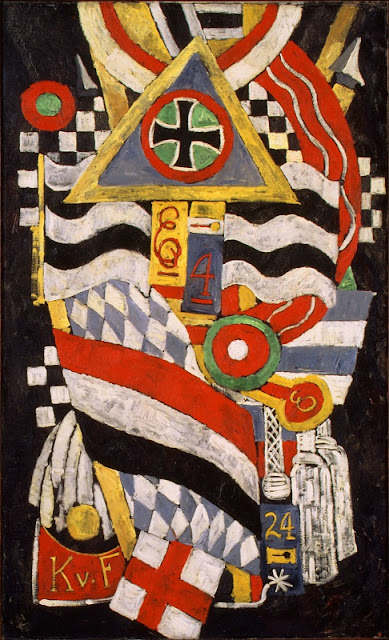 His abstract portraits eulogized Karl von Freyburg, the German soldier and object of Hartley’s affection who was killed in the early days of the war - not through figurative representation but rather the accretion of letters, numbers, geometric patterns, and military regalia that included the Iron Cross medal awarded to his beloved friend the day before his death. 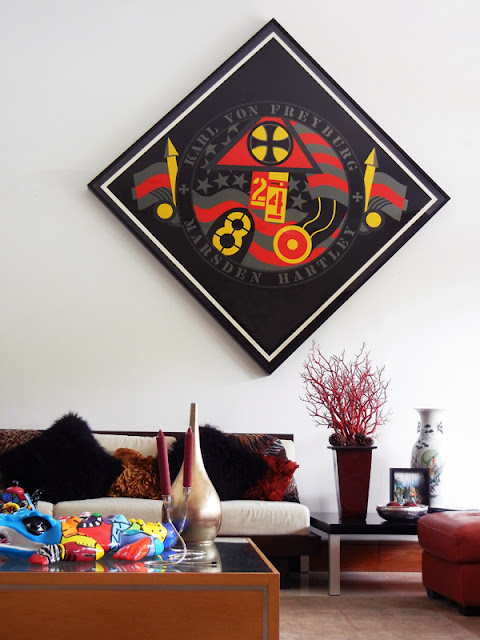 http://www.youtube.com/watch?v=Qrii3fNHBLM
Posted by The Max collector at 6:16 PM No comments: 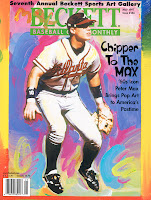 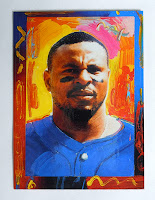 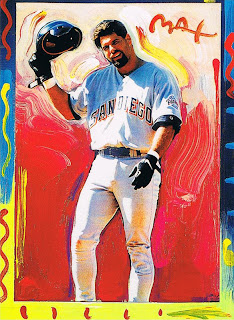 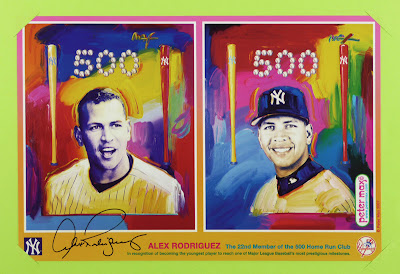