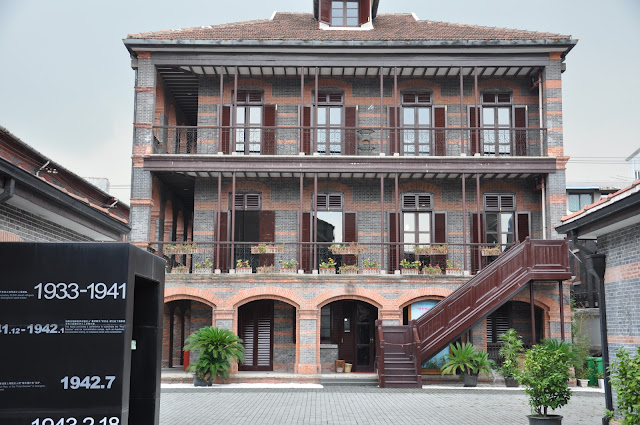 Peter Max, a 74-year-old renowned artist in the United States, is searching for a Shanghai "nanny" who took care of him and taught him to draw pictures when he took shelter as a Jewish refugee in the city some 65 years ago.
"When I was three years old, a nine-year-old young girl came to my home in Shanghai as she was hired by my mother to be my babysitter," said Max from New York during a video conference held yesterday at the Shanghai Jewish Refugees Museum.
"My nanny was only six years older than me, and I always treated her as a sister. I still remember how she held my hands, drawing circles and circles on papers to teach me to draw pictures," said Max.
The little girl had the techniques to teach him because her father was a painter, Max added.
Max was born in Berlin, Germany, in 1938 and was taken by his family to Shanghai to take shelter as refugees from the Nazis two years later. Max left Shanghai in 1949, but he has never forgotten the days he spent with his little nanny.
Max recalled that his nanny would take him outside to draw under the sun and draw the sky full of stars at night, which made him a "good artist" since he was a very young boy.
The nanny taught him to use multiple colors to draw the sun, the sky and the moon, which helped him grow into a world-famous artist noted for using bold and harmonious infusion of color, particularly as a pop artist in the 1960s.
The Shanghai girl would throw away the paintings after the boy finished and ask him to draw another one so he could develop his skills, Max recalled.
"But unfortunately I can't find even one of her pictures in the albums and I didn't know her name," said Max. "I always called her 'Umba' but I don't know whether it was her real name or just a nickname. If she is still alive, she should be over 80."
He said he used to live on "Tangshan Road" in Shanghai, a road on which an Indian temple and a Chinese temple were located on the two sides.
Officials with the Shanghai Jewish Refugees Museum said they would help the artist try to find his nanny. They are starting to look for a woman called Weng Bo on Zhoushan Road, and Max said he would visit Shanghai in October to look for his nanny and hold an art exhibition.
Max was among 30,000 Jewish refugees who fled to the city from their homelands from 1933-1941. About 18,000 of them settled in the "designated area for stateless refugees" in the city's Tilanqiao area in Hongkou District to live with local residents.
Dubbed a cultural icon in the US, Max has painted many portraits for celebrities in music, sports and politics. In the conference, he displayed portraits for US President Barack Obama.

Other images (the Max Collector files): 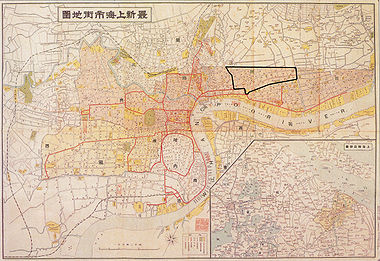 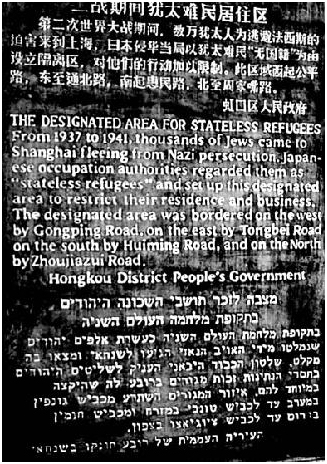 Posted by The Max collector at 9:34 AM No comments:

PETER AND THE ENVIRONMENT PRESENTATION - CHARLESTON Peter Max, will be appearing in Hilton Head and Charleston in  support of an exhibition of his extraordinary art collection Friday and Saturday, April 27th and April 28th, 2012. This will be Karis Art & Design Gallery’s premier presentation of the Artists’ work, and one of many important exhibitions presented by the gallery.  The exhibition also coincides with the celebration of Earth Day 2012, which falls on April 22nd.   Since the 1960’s, artist Peter Max has been a champion for the green movement. He has produced posters for Earth Day (including the 20th Anniversary poster), Greenpeace, the Peace Corps, the U.N. Earth Summit, The Dolphin Project, the Rainforest Foundation, SustainCommWorld, Eat Right America, and numerous other causes that support ecology, nutrition, human and animal rights, and global peace summits.
Max was the first major artist to draw public attention to environmental concerns with his 1974 U.S. postage stamp, “Preserve the Environment.” Subsequently, he created a series of 12 postage stamps for each of three United Nations’ Earth Summits.
Both the Charleston and the Hilton Head, South Carolina presentations and Artist Appearances will contain important Earth Day artwork; on exhibition and available for acquisition.
PRESS AND MEDIA INQUIRIES
PLEASE CONTACT:
Allison Zucker-Perelman
Relevant Communications
allison@relevantcommunications.net
(o) 561.715.9525 (DD) For All Press Inquiries & Press Call DD
(o) 561.482.2088
(f) 561.482.3959


From the Max Collector's pieces (no included in the exhibition/not for sale): 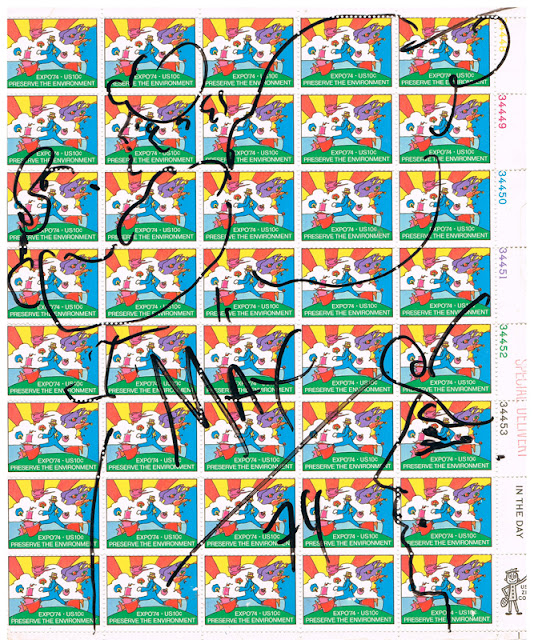 Posted by The Max collector at 11:28 PM No comments:

FROM: Reflections on Thomas Kinkade, "Painter of Light" and Accidental Avant-Gardist

Don't you think that defining PETER MAX as a "schlock" is perhaps a bit too harsh?.

Obviously, art has an intrinsic code for professionals of the industry, and different techniques have diverse levels of skill and difficulty, that I do understand, but chastising PETER MAX as cheap and trashy, is staining more than 50 years of American history and the personal taste and selection of  huge amount of people all over the world that seem to love his artwork.

Perhaps, Mr. MAX has become a little too commercial, I might grant that, but some credit must be given to him, since for some reason he has been around for a while, and is still working and selling his pieces, which also makes him a great Marketeer. Finally, I opine that art is like religion, to discuss about it is pointless and yet billions of human beings follow it in a different shape or form and what for you is tacky,  for me can be a pleasure to the eyes and a nostalgia filled artwork.

Finally, I think that the adjective you used is harsh and offensive to many of us collectors or owners of Max's pieces, and I am sure same thing could be expressed for Mr. Kinkaide's,  or the extravagant and sometimes overboard and "schlock" Mr. Dali , yet he is universally revered as one of the greatest.


HOME
Posted by The Max collector at 4:33 AM No comments: 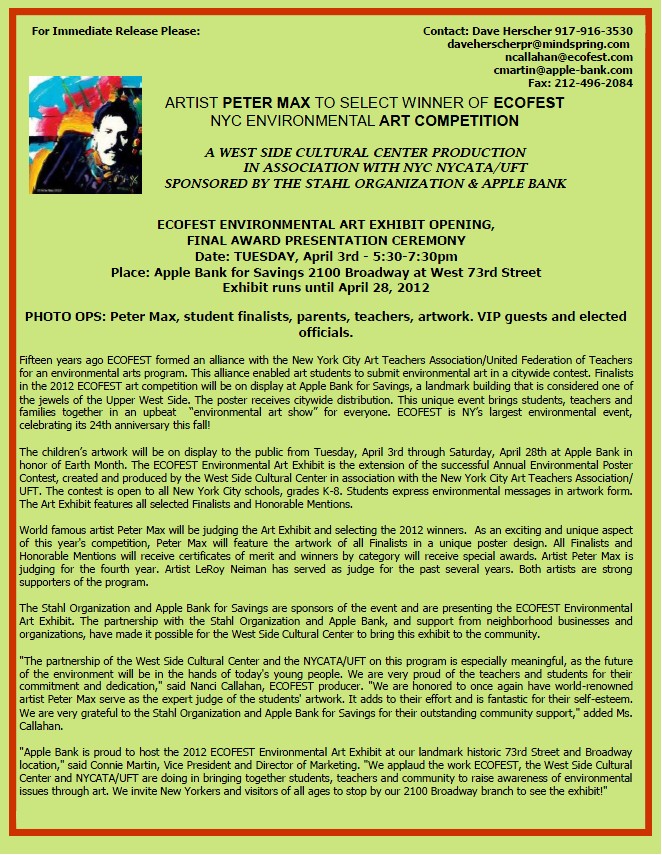 HOME
Posted by The Max collector at 3:24 AM No comments:

The Peter Max Cookie Jar based on the ZERO man, is a very elusive antique object. Not easy to find, and quite expensive for what it really is. Peter stopped franchising objects at the end of the Eighties, and the Max Collector proudly owns a huge assortment of these unique items that with time, have been disappearing. 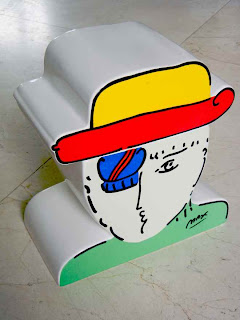 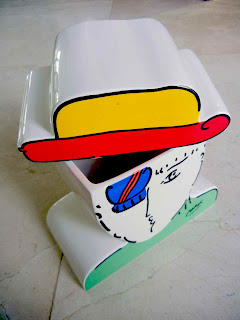 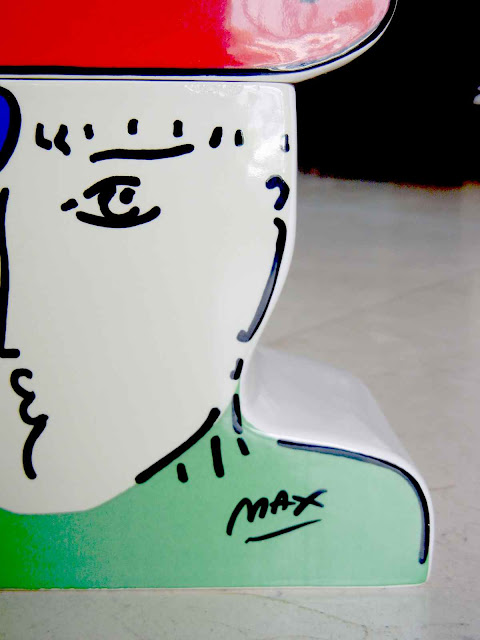 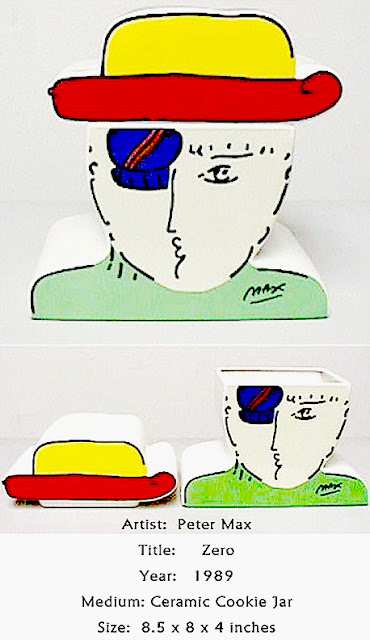 HOME
Posted by The Max collector at 7:43 PM No comments: