Just found out that Paul also does some POP art.  He is not only the real front man from legendary KISS, but has a mojo running also for art. 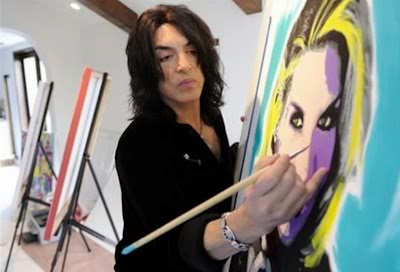 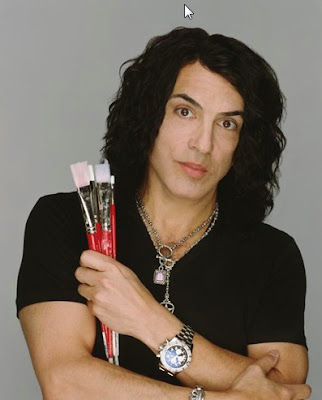 BIO FROM WIKIPEDIA: Stanley Harvey Eisen (born January 20, 1952), better known by his stage name Paul Stanley, is an American hard rock guitarist, singer, musician, painter and songwriter best known for being the rhythm guitarist and primary lead vocalist of the rock band Kiss. He is the writer or co-writer of many of the band's highest-charting hits.
Paul Stanley: Rock ‘n’ roll all night, paint every day
Posted on March 19, 2010 Art, Music
By Joanie Cox  -  Contact Joanie Cox at jcox@citylinkmagazine.com.
Excerpt:
Best-known as the face-painting, groupie-bedding frontman of the rock band Kiss, Paul Stanley has spent the past five years building a career as an abstract painter. Stanley’s vivid, colorful works include paintings of hearts, stars and even the Statue of Liberty, hardly subject matter you’d expect from the man who co-wrote “Lick It Up” and “Rock and Roll All Nite.”
"I discovered I wanted to paint about 10 years ago. Whether or not somebody can paint is really subjective. I started painting because I wanted another outlet and another way to express myself. I didn’t do it with the expectations of showing it to anybody. I was doing it purely for myself. When people saw some of the pieces in my house, they wanted to know who did them. Ultimately, I ended up doing a show. Besides being really gratifying, it was also really successful, so that started the ball rolling. I’ve done about 20 shows since then". 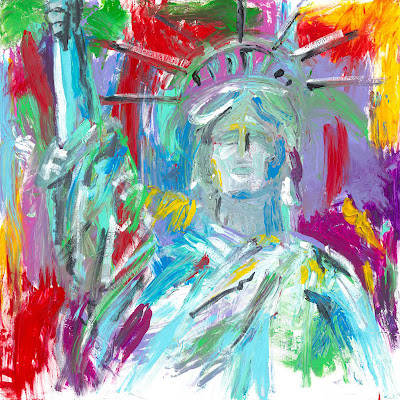