MORE PROOF THAT PETER MAX IS A LIVING LEGEND 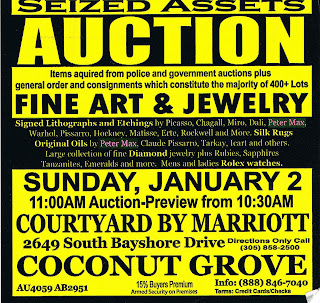 PETER MAX is perhaps one of the very few living American artists that shares his name along with the worldwide renowned ones such as Picasso and Dali, Chagall, Miro, etc. Every auction of seized assets of the wealthy, greedy and then delinquent personalities that eventually is auctioned, has Peter Max art included in the list, which clearly shows that both investment and collecting is directly related to generally well known artists and their work.
PETER is per se an unfathomable commercial  phenomenon that keeps on feeding on his exceptional talent, but that nowadays is somehow baffling  given his prolific but slightly repetitive output of pieces. Creations such as the LIBERTY HEAD, THE BLUSHING LADY, THE UMBRELLA MAN, THE HEART FLAG, THE VAN GOGH PORTRAIT, THE LOVE and and a handful of other themes seem to never end in continuous sequence to the point that I question myself if 24 hours a day of continuous work of any man could generate such quantities. Perhaps this is why the real collector cherishes more everything important generated by Max from 1962 to 1980 that the current Neo-Expressionist style.
At this point, an art investor or a lover of PETER's works might be thinking ( and fearing)  if any time soon, prices of his artwork will decrease due to the natural market's laws or if it will simply saturate the visual necessities of the clients and his fame slowly fade into history. I certainly hope none of these scenarios takes place for the good of the thousand of owners of PM items.
One thing is for sure, the Marketing target of PETER MAX is fundamentally located in the Baby Boomers generation that at this point have 55 to 65 years old, and that perhaps have already passed the psychedelic/Popish nostalgia or prefer to have a more unique Dali, Picasso or conventionally historic artist, rather than an image that can be seen in a similar version in hundreds of American galleries and homes simultaneously.
If I were PETER's manager  (Gene)  or PR agent, I would have a few important suggestions to make such as either slow a bit the commercial production and be more selective in the distribution, re-invent himself by working on a new original set of themes, and  Go Cosmic again with a year 2011 twist.
No matter what, PM already will remain in the annals of history as one of the great American artists.
The Max Collector.
Posted by The Max collector at 10:42 PM