THE BLUSHING BEAUTY FROM THE ROMANCE SERIES

THE BLOSSOM LADY (or BLUSHING BEAUTY according to some galleries). Its a 30 x 24" Acrylic on canvas dated 2010, no other Mixed media, but fully hand painted by the MAX. Extremely rich in colors and quality... a real beauty. There a series of PM art pieces with the Beauty concept. 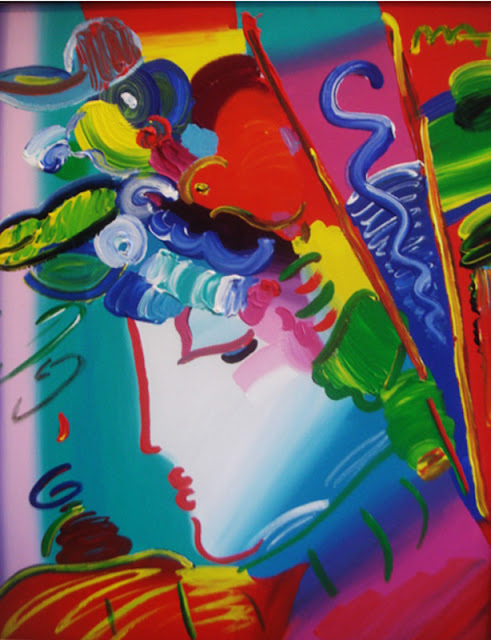 Origin of the beauties? 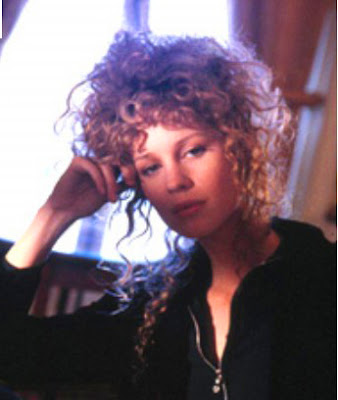 Extract from PEOPLE magazine Sept 1976, Vol 12:
PM, "We had millions of dollars coming in, but millions going out, too," says Max, who found after the dissolution of his business that he was $500,000 in debt. He has since paid off the creditors by selling his paintings. His marriage to Liz Nance, a former North Carolina beauty queen and mother of his two children, Adam Cosmo, 12, and Libra Astro, 9, has not escaped change either. The Maxes are still married but increasingly independent. Max lives in his two-story studio and Liz lives nearby. His current muse is Ford model Roseanne Vela, inspiration for many of Max's current paintings. 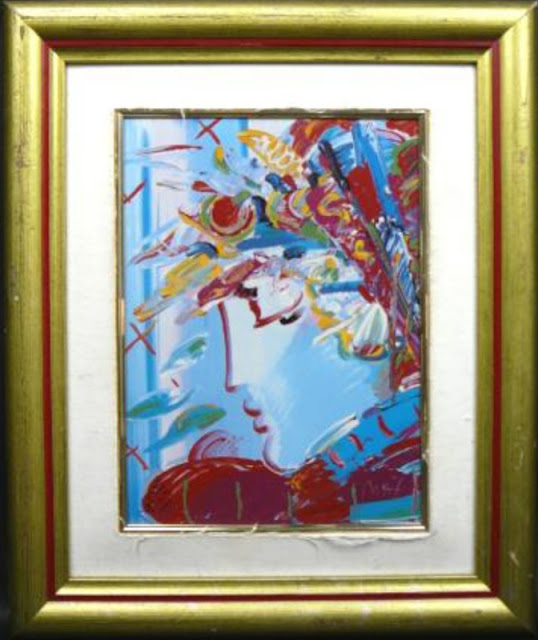 Along with  the huge BEAUTY, I acquired the small companion made in porcelain dated 1990 with the Franklin Mint COA on the back, very neat. 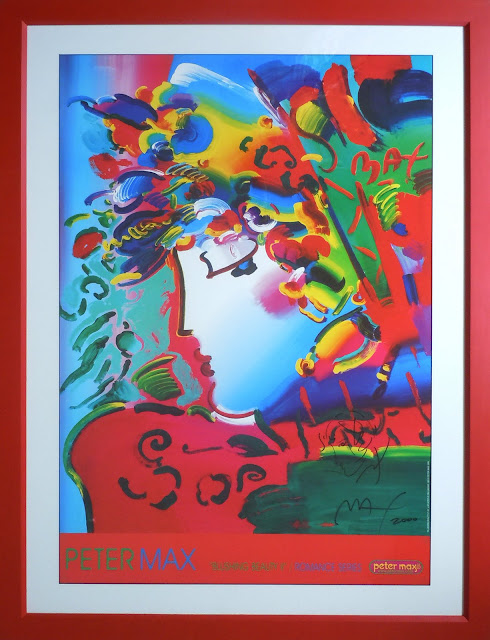