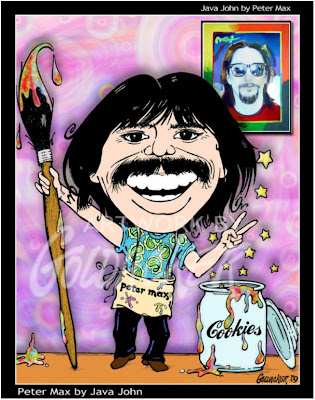 This is a very rare participation of MAX along with a fellow artist.
It all started from an interview on Public Radio Brevard, Melbourne Florida.
Dated April 15th, 2007, this was the first of three interviews John Goldacker had with PM.
On John´s own words, they had such a nice time that a projected 20 minutes
Interview, turned out to be one hour. Story short, PETER was so happy
that made a personalized image of John. Later on John returned the courtesy
and made a portrait of Peter, including the background a small version of John's.
The Max Collector now has a copy of this unique poster autographed.
I do need MAX's signature now! 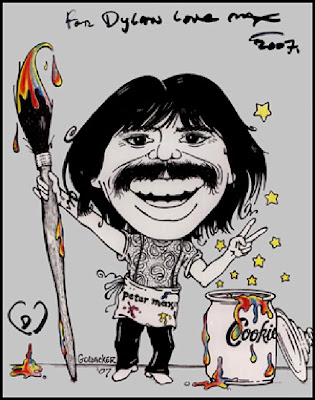 This is a first version that PETER signed for John's son Dylan at the
Wentworth Gallery in Boca Raton.

JAVA JOHN'S BLOG
Posted by The Max collector at 12:23 AM