This small 4 x 4 ins (image) and total 7 x7 ins, lithograph is pretty uncommon. Named " DAWN", the number of the series 17 of 50 and very uniquely written in ink-pen and in Roman Numeral. It also has the embossed seal of Circle Gallery. 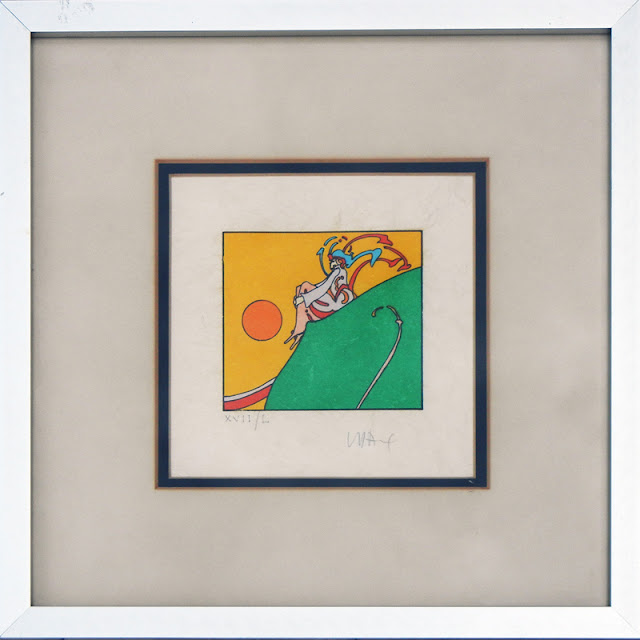 It came on the original Seventies metal frame and in very good condition. Rare items as this one are the ones that a true PETER MAX collector should cherish, not so much the canvases, especially if dated after 2010.Eventually all his older works and objects will have a true historic value that will transcend any monetary component. PETER will eventually be remembered as the great Pop master of the Seventies through beginning of the Millennium 2000.
Posted by The Max collector at 10:41 PM