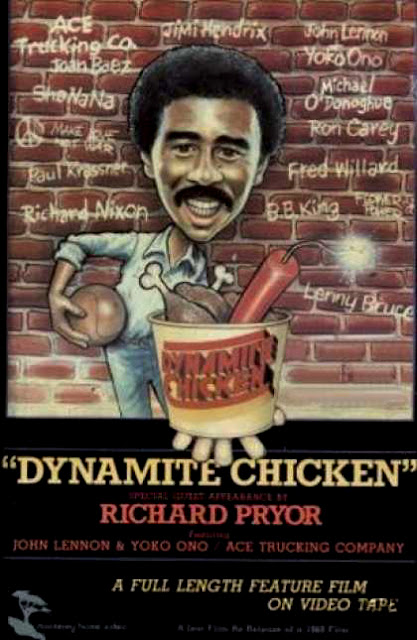 This very weird yet historic video reflects in a disorderly and disorganized manner, part of the life in the early Seventies. Directed by Ernest Pintoff, ,serves  if  "you wish to learn something of the vast American counterculture scene â€“ in politics, the arts, and social movements â€“ circa late 60s - early 70s. Though not the most complete, correct, or even coherent, you could do a lot worse than spending ninety minutes watching it, which functions as a serviceable overview of that turbulent though overly romanticized era".
PETER MAX participation is largely unknown, and probably rather forgotten by him and his entourage, but it lasted 31 seconds, and he said:
"It's an easy tool, put your parents down, put your establishment down, but to understand it and to know that it is only a membering layer of an illusion of billions of years, with the knowledge of understanding where the illusion is and we could with confidence join in and create... and do and just be part of it".
In this Period of time, PETER was into the transcendental mood, also shown in the BUGS BUNNY and MICKEY cartoon of his Magazine N.1. Sorry Peter, I could not understand what you where trying to say. 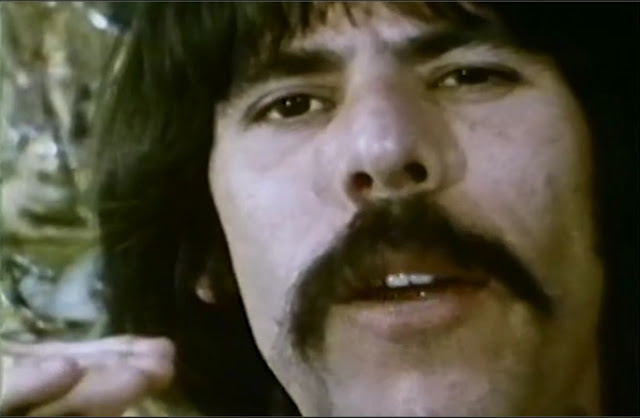 Mike Watt from Movie Outlaw described this movie as : " There’s actually not a lot to say about this haphazard, free-form movie made by a bunch of Yippies (representatives of the “Youth International Party”). It begins with a title card discussing how a pair of women more or less got the vapors from a live Richard Pryor stand-up routine, spurring them to write letters of protest against him for his frank and obscene language. The movie immediately cuts to a sick-looking Pryor riffing to the camera and wandering around a desolated basketball court. He isn’t doing routines, just babbling about whatever’s on his mind, looking like he’s either in desperate need of a fix or coming down from one hard. Intercut into these asides with Pryor are loosely related sketches and interviews with counterculture darlings like Paul Krassner and Al Goldstein, plus snippets of performance footage of Joan Baez and a bit of John Lennon and Yoko Ono’s famous “bed in”. Interspersed throughout are clips from old movies, commercials and extended sequences examining America’s consumerism focusing on haircuts and hamburger consumption. There’s an almost-interesting back-and-forth between elderly WWII veterans and young scraggly protestors who discuss what the American Flag means to them. Marshall Efron illustrates the effectiveness of a “Yippie Helmet” against a policeman’s truncheon. And there are a handful of extended, sporadically funny sketches from the “Ace Trucking Company” comedy troupe featuring a young Fred Willard. Finally, Michael O’Donohue, the bad boy of Saturday Night Live and National Lampoon, narrates a panel of his famous “Phoebe Zeitgeist” comic strip, accompanied by live nude representations of panels". 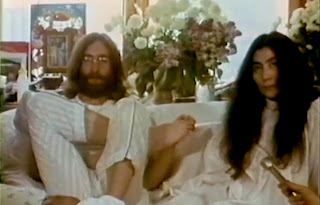 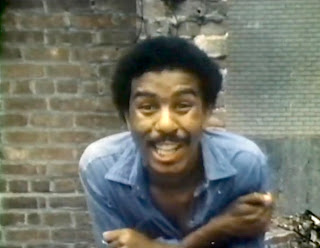 John and Yoko  and Richard Pryor (not in a particularly nice appearance)
Posted by The Max collector at 8:58 PM