It was just “produced in 1995 by Make Believe TV”  Shot on Beta, and unpublished, the res was 720 x 480, state of the art at the time.  The editing was digital, but the cameras for HD were not in use yet. Done as a demo piece for the reel.
The soundtrack was created in post, based on what had been playing in the studio while peter was painting.
http://www.youtube.com/watch?v=ay23gsh5Iiw
Perhaps one of the longest Youtube videos related to PETER MAX and with intimate confessions of his techniques, which is very uncommon. Psychedelic music everywhere, and a lot of color overlays providing the  Sixties ambient.
CREDIT:
Make Believe TV LLC
Email info@makebelievetv.com
When we MAKE TV, your audience will BELIEVE it. 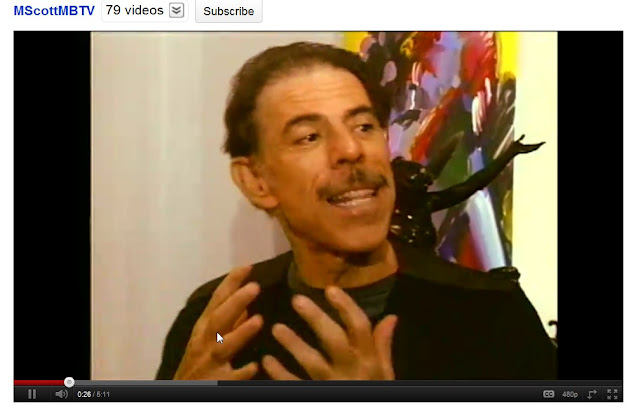 http://www.youtube.com/watch?v=ay23gsh5Iiw
Posted by The Max collector at 10:54 AM