I managed to obtain these historic paper clips from the SPOKESMAN REVIEW dated 1973, where the full concept of Cosmic Peter Max is depicted. This is perhaps the mos authentic era of creativity of the Artist during th. Apparently, PETER generated these images especial for a section called MEDITATION in this printed medium. 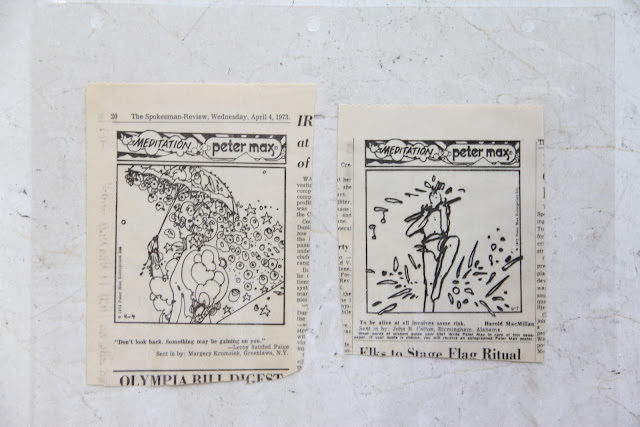 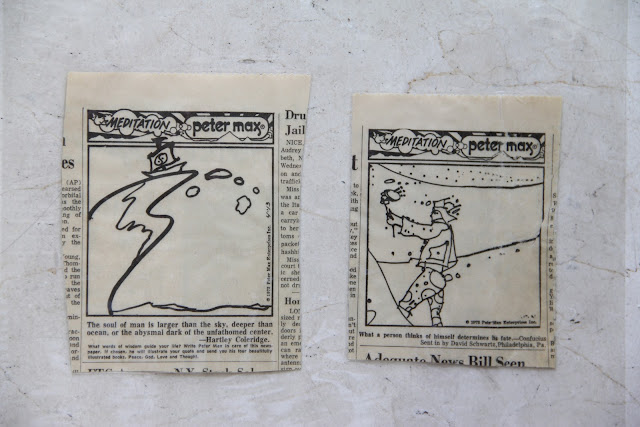 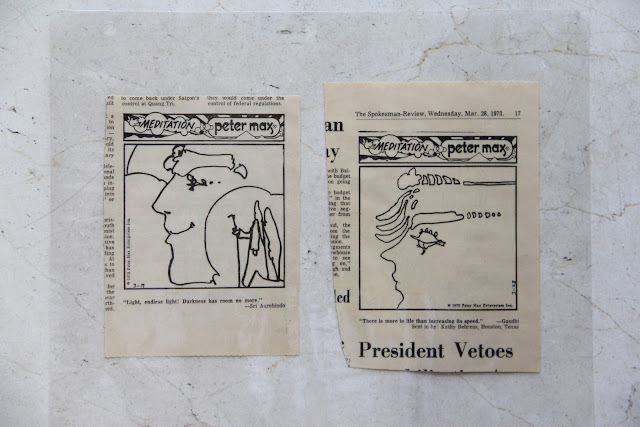 The Spokesman-Review is a daily broadsheet newspaper based in Spokane, Washington, where it is the city's only daily publication. It has the third highest readership among daily newspapers in Washington, with most of its readership base in Eastern Washington and North Idaho.  The Spokesman-Review was formed from the merger of the Spokane Falls Review (1883–1894) and the Spokesman (1890–1893) in 1893 and was first published under the present name on June 29, 1894(Wikipedia). According to history, this was a Moderate to liberal publication, hence, coveted by this new breed of Peace and Love, psychedelia Artists.
The Max Collector.

HOME
Posted by The Max collector at 5:00 PM