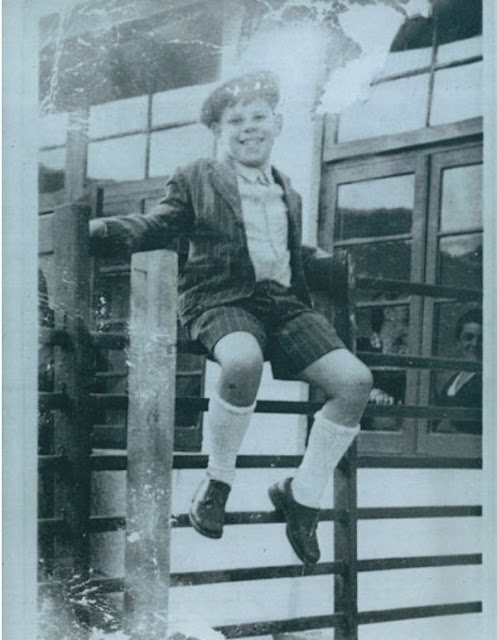 An old photo of Peter Max, who spent most of his childhood in Shanghai from 1938 to 1949 after his parents fled Nazi Germany to escape the Holocaust. Provided to China Daily

Peter Max recalls crying hard on a ship from Shanghai to Israel with his parents over 60 years ago. After living in Shanghai for more than a decade, the Jewish boy was reluctant to leave behind his Chinese nanny, playmates and pet cat.
Max, now an internationally acclaimed artist, has returned to Shanghai for the first time, and his greatest wish is to find his nanny

"I became an artist because of her," said Max, who is known for using psychedelic shapes and colors in his paintings and poster designs.
Max was born Peter Max Finkelstein in Germany in 1937. He came to Shanghai with his parents Jacob and Salla Finkelstein in 1938, and lived in the Hongkou Jewish community until 1949.
His nanny was the daughter of a Chinese friend of the Finkelstein family.
"She came to me when I had just turned 3," Max recalled. "She used to come to my home almost every day, walking with me, playing with me and teaching me to draw."
Max does not remember the name, age, or any personal information about his nanny, except that she was a few years older than he, was sweet and always smiling and hugging him. He recalled with emotion how she walked in the park with him, showing him the moon and stars, and taught him to draw freely. 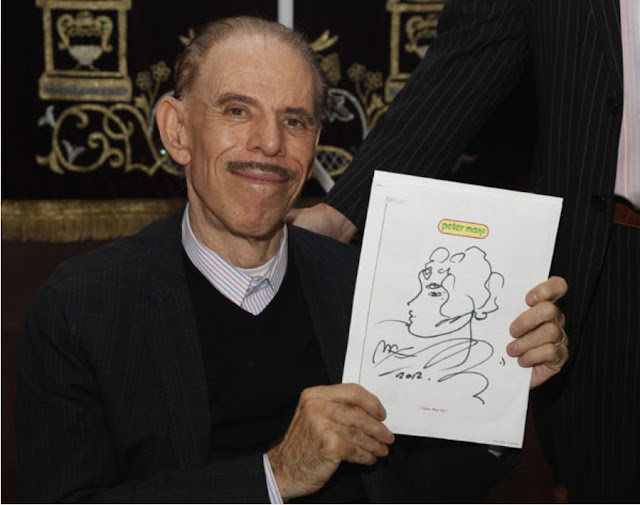 Peter Max, a German-born Jewish American artist, holds a portrait that he painted for his Chinese nanny during his journey in search of her in Shanghai on Thursday. Gao Erqiang / China Daily

Max brought with him some childhood pictures of his family, who opened the first large clothing store in the Hongkou neighborhood of Shanghai, hoping his nanny might recognize them.
If he can find her, Max said: "I want to do everything I can to make her life better." He is ready to provide all possible help to her children and family too. But even if he cannot find her, "I'll love her all my life as a sister. She still lives in my mind," he said.
"Many Jewish people became very successful after living in Shanghai through the war," said Chen Jian, director of the Shanghai Jewish Refugees Museum.
"Their achievements are largely because of their experience in Shanghai. The city nurtured them."
Shanghai hosted about 30,000 Jewish refugees during World War II, and more than 20,000 of them lived in the Hongkou ghetto.
Chen showed Max around the old Jewish community, where Max used to hear the chanting and bells from a Buddhist temple and the neighboring Sikh gurdwara. The Shanghai Jewish Refugees Museum sits across the street at No 62 Changyang Road, in the former Ohel Moshe Synagogue.
"My biggest blessing was that I grew up in Shanghai," Max said.
He and daughter Libra visited the former Jewish ghetto in Hongkou as soon as they arrived in Shanghai. This is the first time he has been back, but is unlikely to be the last.
Max will exhibit some of his work at Room 1605, No 1101 Pudong Road South and plans to open his own studio in the city. He also plans more trips to China and hopes to bring yet more of his art in the future.
"I've heard about China all my life, from my father and my grandparents, how the beautiful Chinese people saved our lives," said Libra Max. "I've been very emotional the whole morning. It feels like coming home."
zhangkun@chinadaily.com.cn

Posted by The Max collector at 8:37 AM