YELLOW SUBMARINE: NO, MAX DID NOT CREATE IT

Big misconception, Peter had nothing to do with the creation of the YELLOW SUBMARINE, and although the artwork might bare some resemblance to his "runners" and the cosmic worlds, Heinz Edelmann was the Art Director, Production design, Major Character Designer. The film was designed by this Czech artist and designer, who along with his American contemporary Milton Glaser, pioneered the psychedelic style that Max later employed in his work. It can be said that Max's 1960s work is an homage to the work of Edelmann and Glaser, though Max later developed a more original style of his own.
I am not so sure that this was the case, since Peter was only 2 years younger than Heinz and was already quite involved in the psychedelic art tendency, perhaps it's the contrary and Edelmann dig get some ideas from Peter.
This is the COVER of the original YS vinyl dated 1969, and I manged to obtain it with PETER MAX's autograph 2010 on it. To me it's some kind of statement conveying "Ok, I did not do it, but I'm still here alive and well, and I am the living ICON of all that POP era". 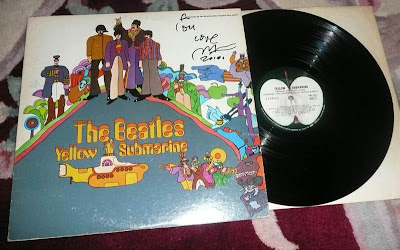 Dedicate for "Lou, love MAX, 2010"
This very uncommon record was sold to me by the famous BEATLES historian, Perry Cox.
Perry Cox is the author and co-author of eight editions of the official Beatles records and memorabilia reference/price guides since 1983, on his own words," my published works on the subject of Beatles collecting have become the standard reference throughout the world. I am recognized as one of the few leading authorities on the collecting of the Beatles as well as one of the world’s leading dealers in Beatles collectibles. I am also a major contributor to dozens of other publications, magazines, and books. I have gained respect worldwide for my knowledge and expertise in Beatles collectibles, as well as other major artists". 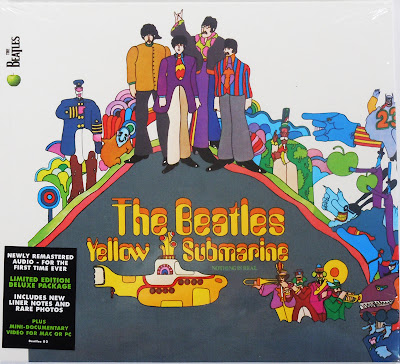 This is the 2009 re-issue CD
All tracks written by John Lennon and Paul McCartney except where noted. 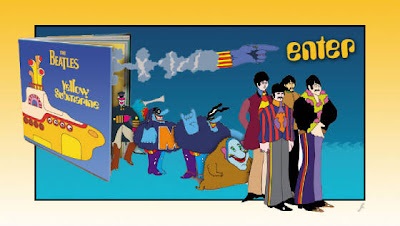 Image from the artwork 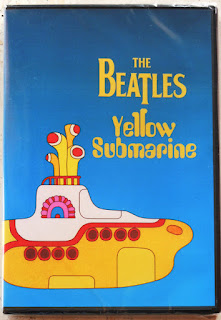 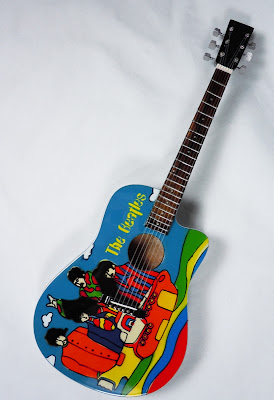 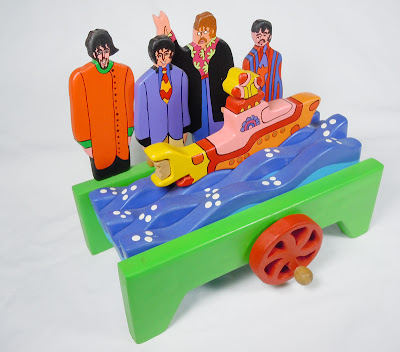 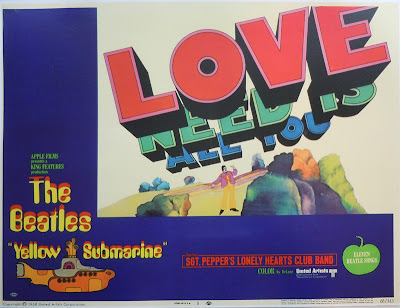 A small advertisement poster of the YELLOW SUB dated 1969
Posted by The Max collector at 4:12 PM