In my continuous quest for uncommon facts and events on PETER MAX, I found this very important link between Peter and another Iconic artist, JON STEVENS and his SILVER PEOPLE project. A close link to me personally was the TOMMY image, since I was, at that time, a huge fan of The Who, and Jon was a relevant  symbol of that image of the Sixties. 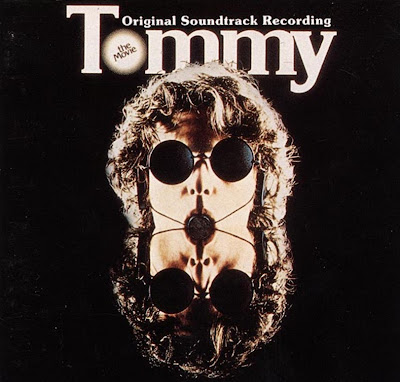 JON'S BIO:
Jon Stevens, protégé of Salvador Dali, has been described by Zoom Magazine as a "total artist', painter-photographer, musician-composer, writer, choreographer and poet." For 25 years he was owner and curator of The SILVER PEOPLE Gallery located near the Guggenheim Museum in New York City. Stevens was best known for his SILVER PEOPLE – people he painted from head to toe in silver then photographed in his New York studio and in exotic locations. He created and choreographed the SILVER PEOPLE BALLET with dancers from the New York City Ballet and the Twyla Thorpe Dance Company which performed in New York and California. A former fashion model, Stevens studied painting with Dali who commissioned Stevens to appear as his special guest artist/protégé and create a performance-photograph with the SILVER PEOPLE.
Jon Stevens was the first model in the 60's to represent the `British Mod" look in the U.S. and Europe. The Beatles and the Rolling Stones influenced that fashion trend and Austin Powers movies portrayed this era in recent years. Jon was photographed by Richard Avedon and Helmut Newton, among other notables and was photographed with cover girls Lauren Hutton, Cheryl Tiegs, and Ali Macgraw. At 25, after being photographed by master photographers, Jon stepped behind the camera, photographing editorials for Condé Nast and Hearst Publications, as well as ads for Madison Avenue agencies, while still modeling. 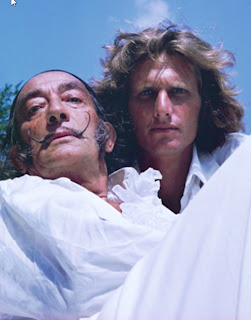 Salvador Dali searched for Jon Stevens after seeing him in an ad in Newsweek Magazine. Jon posed for a series of paintings by Dali. For Dali's 1974 opening in Knoedler Gallery in NYC, (Dali’s last attended opening in the US), Jon Stevens, as special guest artist / protégé created a performance portrait photographing Salvador Dali with The SILVER PEOPLE. In 1987, the NY State Supreme Court awarded Jon Stevens a $23,250 in-court settlement for the loss of the original 35mm slide Salvador Dali with The SILVER PEOPLE. This was a record amount settlement for the loss of a single color slide.
Jon's photographs have been published as cover stories in “Zoom” and “Gallery” magazines and featured in “Art Direction." His exhibitions have been in New York, Chicago, California and the Basil Art Fair in Switzerland. Stevens photographed portraits of luminaries including: Miles Davis, Benny Goodman, Hugh Hefner, Roberta Flack, Leontine Price, Flip Wilson, and The Last Poets.
A life long devotee of native American culture, at 12 years old Jon Stevens was made Honorary "Chief Morning Star" of the Squamish Tribe in Vancouver, British Colombia. Jon’s Father, Victor, was an Honorary Chief of the Mohawks.
An avid musician Jon Stevens began playing drums professionally at the age of 15 performing in Jazz clubs and Concerts in New York and Miami.


A truly historic video of Salvador Dali and Jon :  VIDEO
PETER MAX and JON
Peter Max, at 45 y.o.,  had a photo op with Jon at the Art Expo, New York, 1982, where Stevens debuted his Silver People Ballet in the lobby on a stage built especially for the performance.
Jon Stevens in silver body paint, was photographed with Max at Jon's Studio (he confirmed it), although the background seems quite like Peter's NY studio: 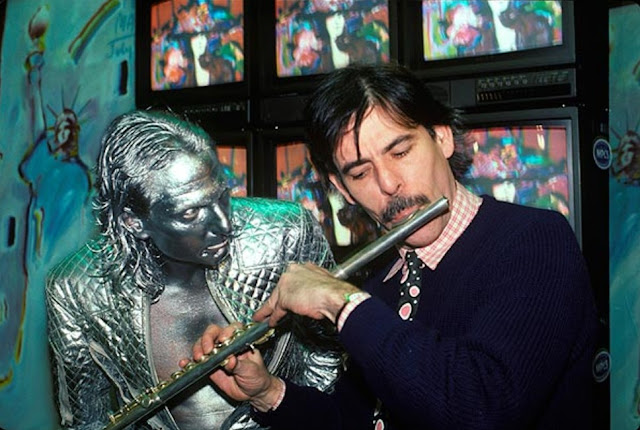 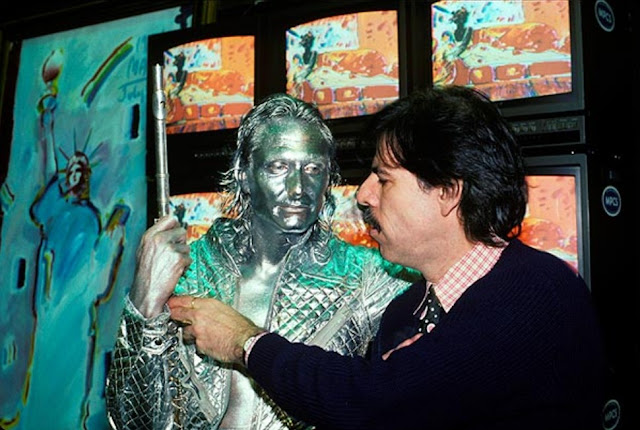 CREDIT:  Images and info from www.thesilverpeoplestudio.com - Jon Stevens.
Thanks, JON.

HOME
Posted by The Max collector at 7:56 PM